There's a project (founded by Hawking, Zuckerberg, and a few other big names) called "Breakthrough Starshot", and it's a project to plan, and then somehow find funding for, an unmanned probe to Proxima Centauri B.

But there's a scientist named Claudius Gros who has proposed that the project could be converted into a terraforming missile that he calls a "Genesis Probe".

I have no insight here. I just think it's funny that it sounds like a thing from a movie. 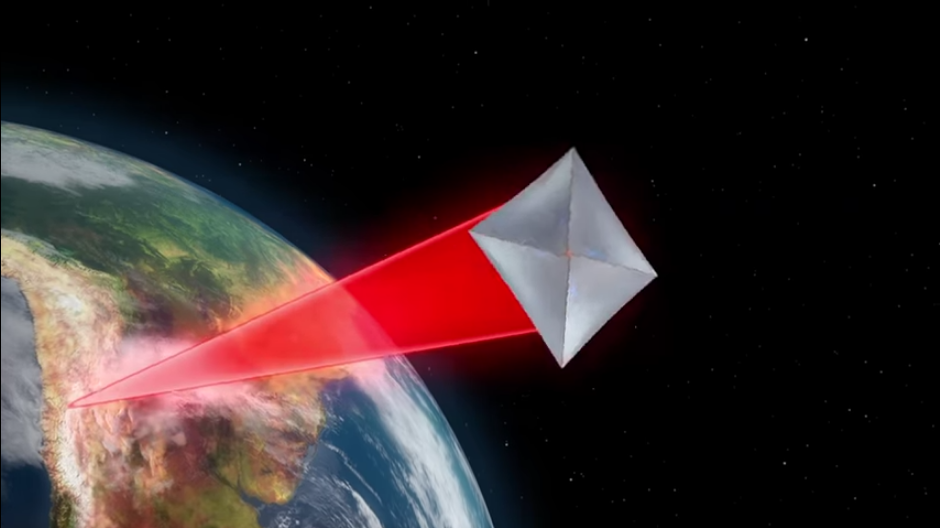 I thought about imagining.

@Taweret Moffat is pretty good at writing the first half of an episode, though.

@bulkington I think the biggest takeaway of QAnon is that if you add "child abuse" to your conspiracy theory, you can even get the people who wouldn't normally respond to your civil-war power-fantasy.

People will learn that lesson.

@Taweret I wonder if you can buy one of those timelord collar/hat things?

Etsy has let me down, and I can't imagine where else to look. 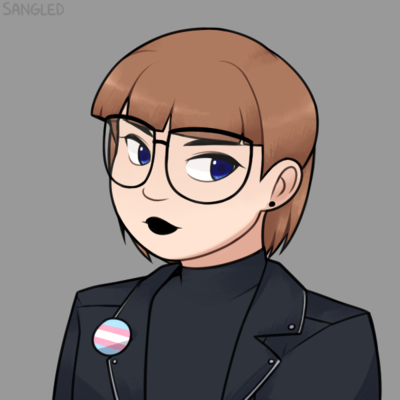 19 hours ago
apLundell shared a status by Taweret

"Like a flipped switch, the attitude inside online QAnon communities shifted from glee to shock and misery: “NOTHING FUCKING HAPPENED!!!”; “So now we have proof Q was total bullshit”; “I feel sick, disgusted and disappointed”; “Have we been duped???”; “You played us all”; “HOW COULD WE BELIEVE THIS FOR SO LONG? ARE WE ALL IDIOTS?”"

(I know we shouldn't laugh at people who are in jail and desperate, but occasionally it's so hard not to.)

The last few days of Twitter posts from "Tiger King" Joe Exotic tell a lovely story. Here are some excerpts, in order. 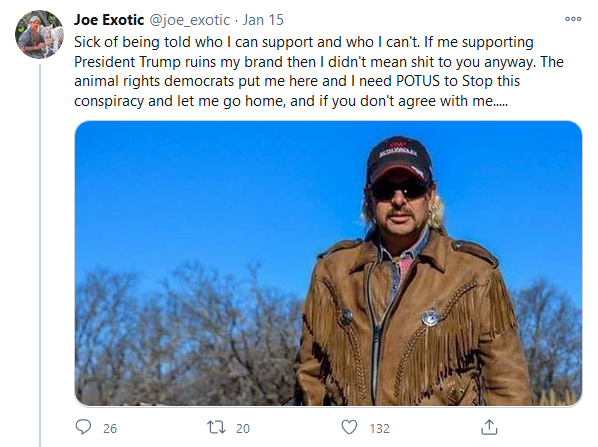 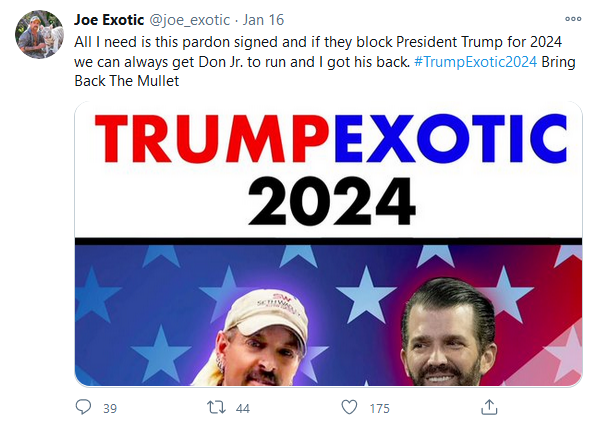 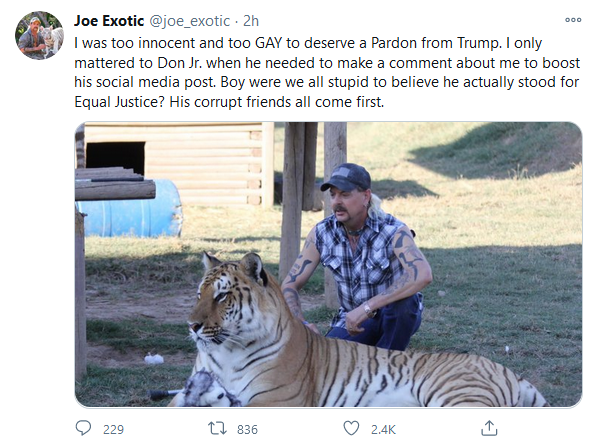 The guy suspected of being the creator of QAnon (and definitely it's most prominent proponent) is trying to tell them that it turns out the real conspiracy were the friends we made along the way.

And he's got a "New project" coming up!

What an audacious grift. 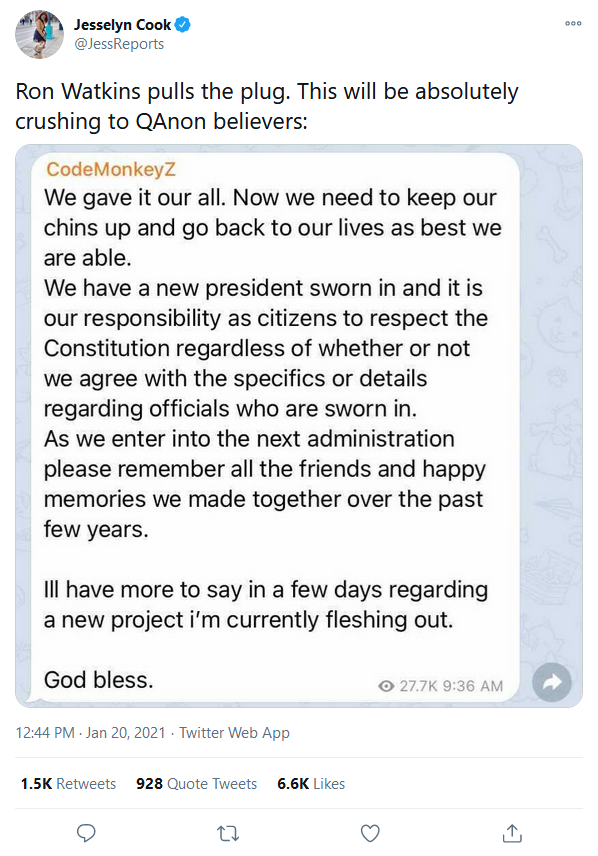 I sure hope all the disillusioned QAnon believers can swallow their pride and integrate into more mainstream racist conspiracy groups.

@Taweret Ah. There we go.

@Taweret do they have any fake sci-fi swears in the Star Wars?

I can't think of any.

If I were president, I'd pardon Robin Hood.

I'll bet he could accomplish a lot if he wasn't constantly hassled by the sheriff.

@Taweret If it's OK to make them fight, it's ok to barbecue them.

If I was an outgoing president, my last act at 11:59am would be to sign an executive order that all americans get free Ice Cream and a pony.

Of course, that could never be implemented, but not my problem.

Let the next guy forever be remembered as the guy who took away our free ice-cream and ponies.

They are only funny if something funny happens.

Flubbing a line and then laughing is not good material for padding out a video with an "after the credits" segment for a YouTube video that has no credits anyway. 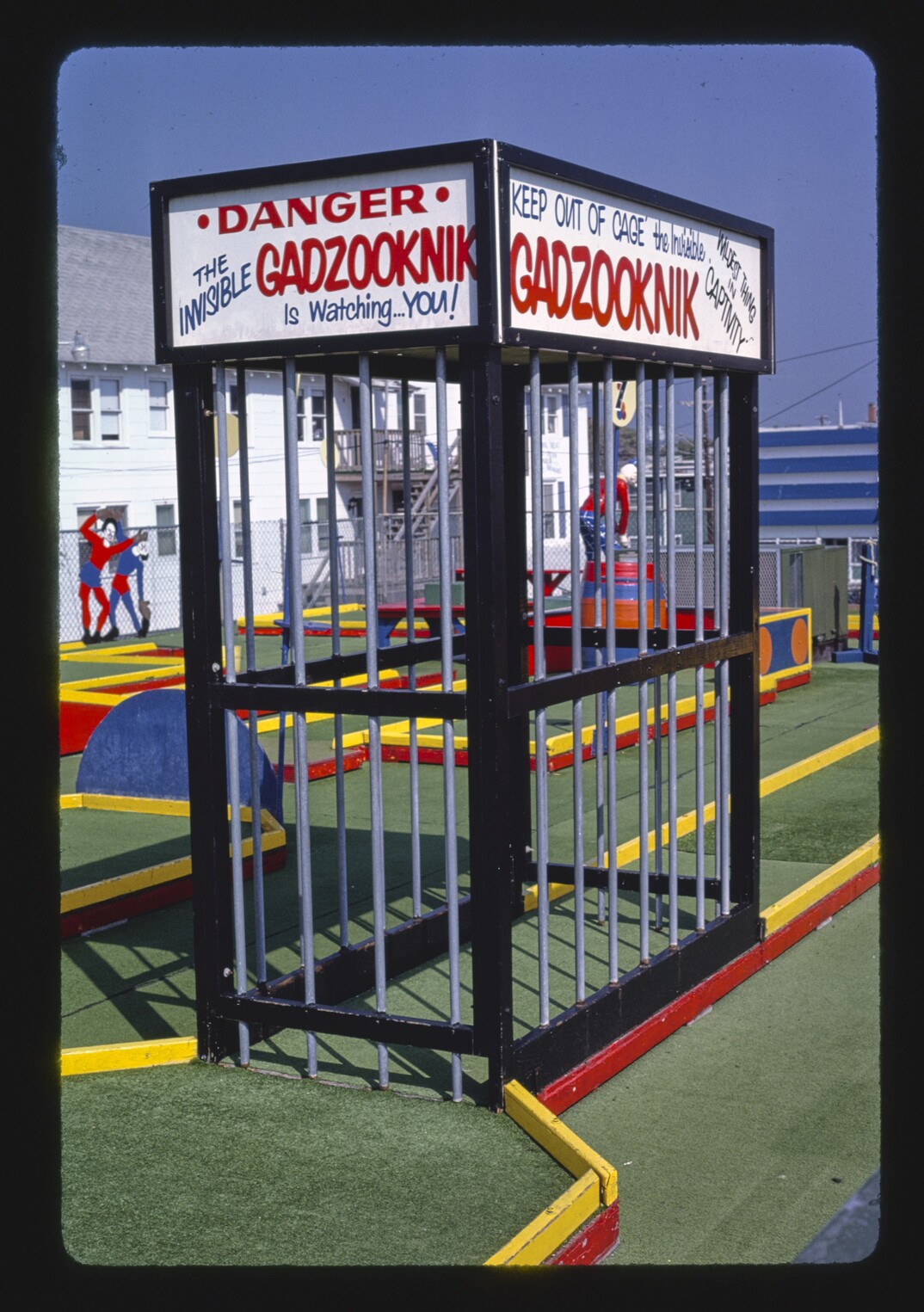 @Taweret Yes, but a previously undiscovered TYPE of cloaca.

"It is very unique. Most cloacas form a kind of slit [...] This thing has a V-shaped structure with a pair of nice flaring lips and there's not a living group of animals that have morphology like that," Vinther said

What a great headline. 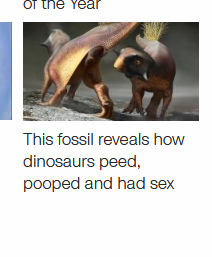